A Word From Our Sponsor

Law For Architects is sponsored by the Law Office of Andrew Lynn, serving small businesses, architects, innovators and artists in Massachusetts. Our innovative business model gives you the legal advice and personal service you need at reasonable rates including a "part-time in-house" option at a flat monthly fee. Email info@andrewlynnlaw.com

Architects: You probably know this already. Feel free to skim. This section is for lawyers who aren’t familiar with architectural drawings and BIM.
A Bit of History
When I was in architecture school, we had an elective called History and Theory of Representation. It was really a lot more interesting than it sounds. One of the takeaways was that there is a fundamental link between how we draw, or represent, our ideas for a planned building, and what that building will eventually be. If you’re an ancient Greek with a very limited supply of drawing materials, you need only lay out a footprint and decide how many columns to use and which order, and the rules of proportion fill in the rest. In medieval times you might draw a plan an a few elevations of a church that’s essentially an extrusion of its front a side facades, forming an intersection. When the renaissance Italians figured out perspective, vanishing points and converging lines started popping up all over the place, and later, when section drawings gained in popularity, symmetric designs centered on one or two cross-sections became characteristic.
Throughout the 20th century, the standard practice was to draw each part of a building in plan, elevation, section, and sometime three dimensional projections. The drawings range from small scales, fitting the entire project into one sheet and giving a broad layout, to larger scales representing individual rooms, to larger scales representing wall constructions, to even larger scales showing the arrangements of parts within a wall.
In the usual 20th century method, these sets of drawings, along with books of specifications describing (for example) what type of concrete or size of floor tile are used, are the instructions that architects, engineers and other designers give to contractors. Contractors are responsible for “means and methods”: what construction workers to hire, where to assign them, what equipment to use, etc., etc. Often, choice of material suppliers is left to the contractor as well. Inevitably, there are questions that will not be answered until those decisions are combined with the designers’ instructions in creating shop drawings - drawings of parts and fabrications that translate from designers’ drawings to fabrication.
Computer Aided Drafting
Computer Aided Drafting (CAD) is, as the name implies, a software tool for producing two-dimensional drawings. It is best understood as a direct replacement for pencil and straightedge, and so, while its introduction changed the way drawings themselves were produced - making editing and copying of drawing elements faster, for example, by keeping drawing information within an easily edited computer file until ready for printing - it was not a real paradigm shift. The method remained line drawing, and the deliverable product remained drawings on paper.
Recent Computer-Driven Developments
Over the last 20 or so years, new workflows have been introduced by architects wishing to design buildings and assemblies that are not adequately described by those sets of drawings and the limitations inherent to two-dimensional paper. For example, this San Francisco federal building, designed by Morphosis: 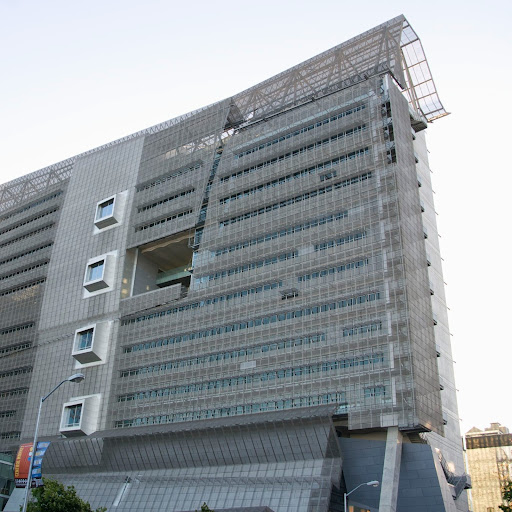 By providing a 3D computer model of the exterior mesh and its support assembly to the fabricator, the architect was able to ease the process of making and delivering the parts, while keeping a highly detailed level on control over the process.
Workflows that include going directly from a digital 3D model to fabrication are most often seen in large projects with creative geometries. The best known examples are the works of Frank Gehry, who actually directed the development of a software package optimized for solving the problems of his complex geometric style and marketed it to other architecture firms.
Building Information Modeling
The workflow that directs digital fabrication is one application of BIM technology, but BIM is more often used in simpler projects and currently is being applied to everything from small houses to civic centers. The most popular BIM package, Autodesk Revit, is primarily understood as a tool for design and drawing production of what would be called “normal” buildings.
If the end product has not been, in a visible way, radically altered, the tool has finally made the paradigm shift that CAD lacked. The reason I say this is that a designer working with BIM is no longer drawing lines, but instead creating a virtual model of a building. Instead of using a “line” tool to draw a set of lines that the designer understands to represent a wall, for example, a designer working in BIM selects a “wall” tool, chooses the type of wall to be inserted (an exterior masonry wall, for example) and selects the location within the model to place the wall.
That wall is three-dimensional - it has a starting point, length, and height. It also has embedded type information. The designer can instruct the program that an exterior masonry wall is made from a layer of concrete block, with painted drywall on the interior surface, a gap containing an air and moisture barrier, insulation and an air cavity, and a veneer of red brick on the exterior. The designer can select plan, section, elevation and perspective views of the wall and show it at multiple scales and levels of detail, and the actual drawings are generated not by the designer drawing lines but by the computer placing the lines needed to represent the wall as chosen. When the designer wishes to modify the design by moving the wall, it is only necessary to make the change once and all views will update to reflect the change. Contrast this with CAD, where the lines representing the wall must be selected and moved in each view in which the wall appears, and the power of BIM starts to become clear.
In the next article we’ll start putting this together by describing some of the uses of BIM.
Posted by Andrew at 10:33 AM